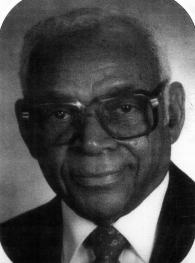 How many of us were fortunate enough to learn that rhythm in order to learn our math additions and timetables. I was a recipient of that formula from my teachers at the early  age of five years at Central School sitting among a class of seven year old students.  My first impressions after leaving Ms. Louisa Simmons Nursery school was that of meeting Mrs. Doris Corbin at St. Monica’s Mission Infant School and being taken by the hand after a brief test to being taken by the hand to the band room infant school to Ms. Dorothy Hughes only to be told I was to advanced for students there and than toddling with Mrs. Corbin to St. Augustine’s Infant School to Ms. Louisa Williams and receiving the same message. Realizing I had to be in some school according to law Mrs. Corbin took me to Central School (Victor Scott) and that is where I sat so small and afraid facing my first teacher Ms. Phyllis Place. That was my beginning into a school that helped to form my future.  I take this opportunity during this black history month February 2020 to acknowledge and put on my teacher’s honours list these well deserving teachers: MS. Aurelia Burch,Dame Marjorie Bean, Ms. Della Bean,Mr Ivan Cunningham,Mrs. Doris Heyliger Corbin, Edith and Mattie Crawford,  Mrs. Marion Robinson DeJean, Mr. Edward DeJean, Mrs. Cora Scott Gayle,Ms. Gallion, Mrs. Myrtle Hinson, Ms. Dorothy Hughes,Mrs. Elizabeth Musson Kawaley,Mrs. Beryle Douglas Manget,Mr. Victor Outerbridge,Mrs. Veronica Ratteray-Ross, Dr. Kenneth Robinson, Rosalind Taylor Robinson, Ms. Wenona Robinson, Mrs.Louisa Gardenier Richards,Mrs. Edna Mae Scott, Rufus Stovell, Jarius Swan,Cecil Smith Mrs.Rosalie A. Smith, Thomas Neville Tatem, Dalton Tucker,Adele Tucker, Mr.Austin Thomas,Mr.Edwin Wilson, Ms. Louisa Williams and Mr. Winton Williams. Ms. Adele Tucker became the assistant teacher at Jarius Swan’s school in Pembroke in 1887 and by 1896 took over Mr. Fred S Edmondson’s school in Warwick that eventually formed the nucleus for Paget Glebe School and in 1901 was appointed the principal of the school. In 1919 she became a founder of the Bermuda Union of Teachers and became it’s first Treasurer. Ms. Mae Francis founder of The Girls Arts and Craft originally held in Alaska Hall, Court Street in 1948. I didn’t encounter all of them throughout my school days but their works proceeded them throughout the years and though laid to rest we should never forget the contributions they made in our educational system  our churches and community. Mrs. Edna Mae Scott spent thirty-eight years as an educator. Mrs. Beryl Douglas Manget who in 1959 was appointed principle of West Pembroke Primary School. Mrs. Cora Scott Gayle who came from a family of educators and was a former Deputy Principle of Northlands School. Her sister Mrs. Olive Trott, Mrs. E. Scott Burrows and Mrs . Muriel Rowling along with her aunt and cousin Edith and Mattie Crawford all carried the batons. Dame Marjorie Bean Principle of Sandy’s Secondary left no stone un-turned. Mr. Thomas Neville Tatem  who spent thirty  years in the profession and was bless to have a school named after him The T. N. Tatem School.Mrs. Marion De Jean and Elizabeth Kawaley excellent teachers for Sandy’s and Warwick Secondary respectively. Mrs. Veronica Ross who not only gave her service within  the school walls but also in the prison system. Mr. Ivan Cunningham one of Bermuda’s best wood craft teachers and students Island wide came to Central School to take advantage of his expertise. Mr. Collinwood Burch who became Head Teacher  in 1927 of the once known town school and eventually became the East End School.  I could list many more teachers but  I will leave further research to my readers. A teacher must be successful in his or her teaching they require conviction in themselves and commitment from their students- they should demand the best and in most cases exhibit concern. They should display virtues as faith, hope, and understanding. Looking at today’s educational system I ask where have we gone wrong is all been lost? What does the future educational system hold for our children? The most we can hope for is a change to a most positive outlook of teachers for our children and the generations to follow. Our teachers of the past were committed in the class room and many times going over and above the call of duty in helping the students in many areas of the community. Hopefully there are some educators who have developed the commitment and the students will have someone positive to emulate and look to a bright future.