Rufus James Stovell born on March 18th 1873 was adopted at an early age by his grandparents, who were ex-slaves. He attended public and private schools until he was in his early teens when he was apprenticed as a mason . His ambition was to be a teacher and toward that end he attended night school at the Bermuda Collegiate Institute. In 1896, his dream became a reality after he passed the local teacher’s examinations. His first appointment was at Southampton Glebe School. After settling in his new job Rufus married Gertrude Susan Smith. The couple had seven children. In 1902, Rufus launched out on his own pioneering public education in the North Shore area where he established ‘The North Village School in the Gospel Hall. Within a week, he had eighty scholars. Rufus was a staunch follower of the A.M.E. religion and rose through the church ranks to become a Superintendent of the Sunday School before becoming a local preacher in 1910. In 1913, he was ordained by Bishop Derek and appointed pastor of the Allen Temple A.M.E. church in Somerset Bermuda. He became Principle of a school that catered to the working class people of Bermuda, and there he stressed the importance of education. He joined forces with fellow educators Edith and Matilda Crawford,and Adele Tucker in 1919 to form the Bermuda’s first trade union,’The Bermuda Union of Teachers’. In 1924, Rufus Stovell’s North Village School was amalgamated with two other Pembroke schools, led by Matilda and Edith Crawford. The other by Louisa Williams. The new school was known as ‘The Central School’. Eight years later in 1972, Rufus succeeded Adele Tucker as Principle of the Paget Glebe School.  He retired after forty-two years in the teaching profession.  Mr. Stovell had the distinction of having been pastor of all the A.M.E. churches except  St. Paul A.M.E.  He worked hard at school and church. While pastoring Vernon Temple church, he led the membership in a fundraising drive that paid of the entire mortgage. He helped to establish a 100 member male voice choir that staged concerts throughout Bermuda. Rufus was a member of the Abercorn Lodge # 123 and the Alexandrina Lodge #1026. He was highly praised for his work in the community and education. He was called home to glory in 1954 leaving a legacy as an outstanding teacher, principle, Lodge man, and minister.

Wycliffe Maceo Shirley Stovell was one of seven children born to Rufus James Stovell and Gertrude Susan Smith Stovell. He was educated by his father at the North Shore Mission School. While his father was the pastor at Vernon Temple A.M.E. church Wycliff married Vorice Marion Lowe and moved to Southampton to live, that union produced eight children, he later moved back to Devonshire.  Mr Stovell was a carpenter, Architect, and Surveyor and two of his sons followed in that field.  He later became an officer in the Lyceum and Literary Organization,one of the Catalysts of the labour movement. He  became one of the founding members and first Secretary of the Bermuda Workers Association under the leader ship of Dr. Edgar F. Gordon. He was a stalwart in the labour movement . Mr. Stovell was one of eighteen executive members of the B.W.A. to sign the 1946 petition to the Secretary for the Colonies asking that a Royal Commission be established to investigate the state of the working people of Bermuda, for the association this was a historic moment. Wycliff was a prolific letter writer to the editor of the daily newspaper. He also established a reputation as a skillful speaker. He was always there to captivate the attention of the audience prior to any gathering that featured Dr. E. F. Gordon. He was a devote christian from a very early age and worshipped under the banner of the A.M.E. church, he conducted himself with great dignity  and never strayed from his beliefs. He served in several positions within the church. As  District Superintendent of Sunday school, President of the Senior Choir and Director of the male voice choir. He also served as a member of the Trustee and Steward boards of the church. He received the Richard Allen award for outstanding service to the church and community in 1971-72. In 1980 he received the Father of the year award from St. Paul A.M.E. church , and he was honoured in 1981 by the P.L.P receiving its founders Award for dedicated service to the community. He was relentless as a leader and a good role model. He was classed as a brilliant strategist, a kind gentle who worked to build a strong economic and political foundation. He spread his  knowledge far and wide. He was a member of the Alexandrina Lodge # 1026 the Grand United Order of Oddfellows, and became a Grand Master of Council #8. He aimed for the political field in 1968 but was unsuccessful in his bid for the  seat for the Progressive labour Party in the general election, though disappointed at his defeat he never stopped working to make Bermuda a better place he wanted to be sure that generations to follow would not have to face the obstacles that he faced. Wycliff left no stone unturned and departed this life on 19th. Nov.1983. He became a great icon and history will dictate the legacy that he left behind. 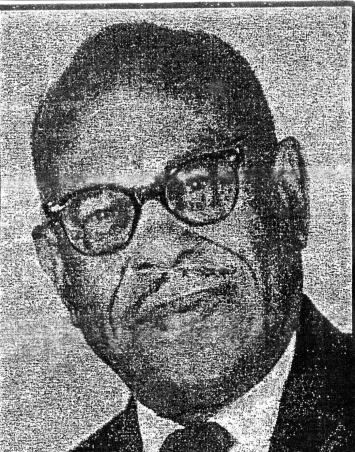