Once again I have decided to include in my reflections of black history the record of a dynamic  and forthright young man with a great personality. The story of Glenn Smith. 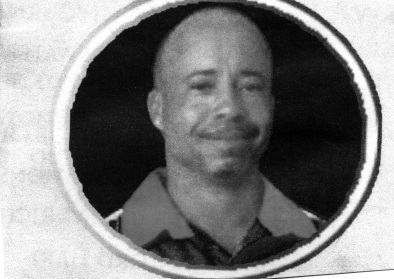 Glenn was born into a family of history makers and example his father Glenn Blakeney  became a politician of one of Bermuda’s major political parties joining many other family relations in their quest to contribute to their country.It has been recorded that at the tender age of 14 years Glenn was showing his prowess as an up and coming cricket player to be watched. He was at that time associated with the Hamilton Parish Club. Glenn was left handed  and was instantly noticed at his young age as an outstanding player.  He was an impressionable cricketer  with a winning smile. More than likely he was one of those teenager that had his heart sat on the sport he wanted to become involved with and nothing would change his mind. One would know that he was a force to be reckoned with in early school. Glenn made a debut half century in the pre-cursor to the Red Strip Bowl in the West Indies. Notable he left much for Bermuda to talk  about in his cricket exploits. He  loved the Eastern Counties and Cup-match. In August 2001 he made a double century  and a triple century a year later, and to prove his prowess he made another double hundred in 2011 on the field at the Eastern Counties. It is no surprise that he was involved with several sports clubs. Who would not want to be noted as knowing him with his impressionable personality and sportsmanship? In spite of fighting a serious illness Glenn did not let this dampen his spirits and he played on. In 2012 he was presented with the Bermuda Friendly Societies Sportsmanship award,which included The Clarence Darrell Memorial Cup donated by the great-grandson (Dr. Ewart Brown ,JP. MP.) A plaque and several other gifts for his achievements. He joined the ranks of several others such as, Clay Smith, Stephan Kelly,O.J.Pitcher,Janerio Tucker,Terryn Fray, Kyle Hodsoll and Dexter Baisden to name a few. There are times one gives their all and receives little praise. Glenn worked well throughout his sport with vigor love and enjoyment. He had reached his dream. He left a legacy for all to remember. Some suffer in silence and smile and accept the pitfalls that life had to offer. He will always be remembered by his family, friends and colleagues for his contributions to the game of cricket and life in general. Some would say he is gone too soon, but some of the greatest rewards are received beyond this veil. Well done Glenn like so many others you will always be remembered.